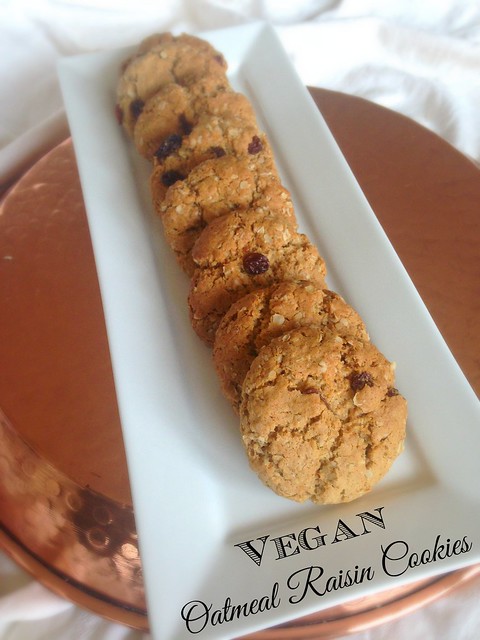 Years ago I featured this adaptation of Alicia Silverstone's recipe in her vegan book 'The Kind Diet' (the recipe is originally called 'Oatmeal, Walnut, and Dried Plum Cookies' and can be found here). I saw Alicia Silverstone on the Oprah Winfrey show talk about her vegan lifestyle and why she became vegan. Though the concept didn't interest me at the time because I was way too comfortable in my ways to change anything to eat more animal-friendly, I did end up baking the cookies she and Oprah raved about. Turns out: they were one of the best cookie-recipes I had ever tried, vegan or non-vegan, and so much traffic came to that blog post! To see/read my previous post about these vegan oatmeal raisin cookies, click here.

A while later, Oprah did yet another show about Kathy Freston (yes, I was a severe Oprah-addict and have endured withdrawal symptoms ever since her show ended here in Europe) and her vegan lifestyle, and Oprah decided she would try being vegan for a month. I followed Oprah's journal she wrote that month about her month-long vegan diet. Oprah didn't end up becoming a vegan, but it inspired me to try another vegan recipe, since the vegan oatmeal cookies were such a succes, and had to re-bake them for my family many times. So I tried making vegan chocolate chip cookies. Another succes and lots of interest for the blogpost online.

Well, I'm writing and baking this favorite recipe of my mine in a whole new light as I became a vegetarian last year and can honestly say it was the best decision I've ever made in my life! Main reasons are health-, environmental-, and ethical-related, but I won't go into much detail as of why I chose not to eat meat, fish, and gelatin. For now, I can't imagine leaving cheese, eggs, dairy, and honey of my plate as well, but then again, if you would have told me 2 years ago that I would become a vegetarian, I would have thought you were nuts!

So, long story short: TRY MAKING THESE VEGAN OATMEAL RAISIN COOKIES - THEY ARE INCREDIBLY ADDICTIVE! A whole batch lasted only 2 days in my house. 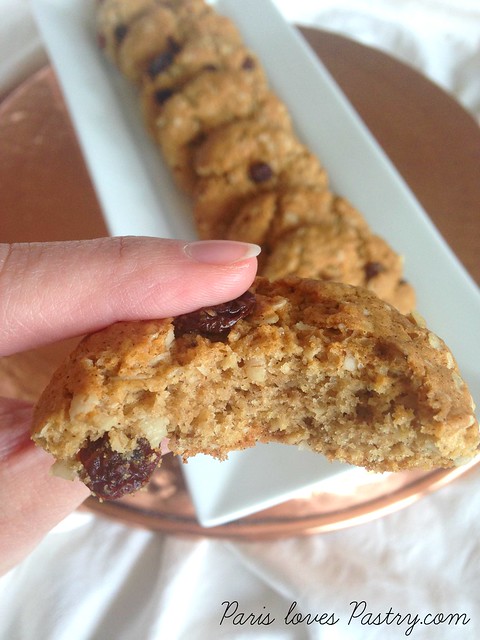 Vegan Oatmeal Raisin Cookies: 'The Kind Diet' - Alicia Silverstone'
Recipe below is my adaptation from the original recipe.

Instructions:
- Preheat the oven to 350 degrees F. Line a baking sheet with parchment paper.
- Combine the oats, flour, sugar, cinnamon, baking powder, baking soda, and salt in a large bowl. In a separate bowl, combine the syrup, oil and vanilla extract. Add the wet ingredients to the dry ingredients, and stir to combine. Fold in the dried fruit.
- Using your hands, roll tablespoon-size scoops of dough into balls. Place the balls onto the prepared baking sheet and press down slightly on the balls to flatten the tops. Bake for 8 to 12 minutes or until lightly browned. Transfer cookies to a baking rack to cool completely.
- For variety, replace the all-purpose flour with whole wheat pastry flour, barley flour, spelt flour, or a gluten-free baking mix (choose one that does not include baking soda and baking powder). You can also substitute chocolate chips for the dried fruit/raisins and add any kind of nuts. 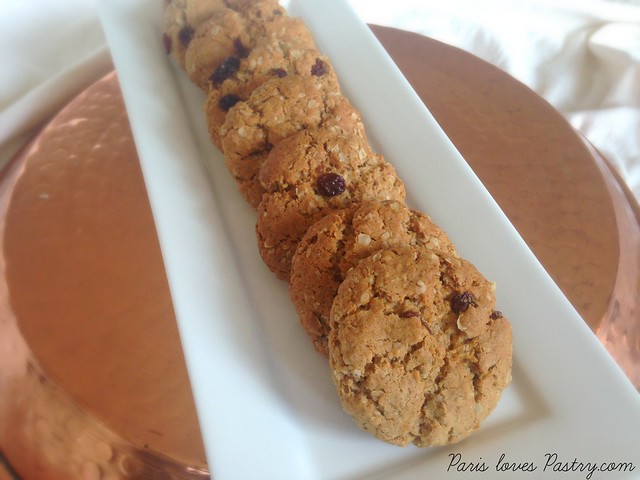 felicity.oliver.simper said…
Congratulations on becoming a vegetarian �� I have been visiting your original post for these delicious vegan oatmeal cookies for years! My family & friends all love them too! Peace ✌️
May 21, 2016 at 12:08 PM