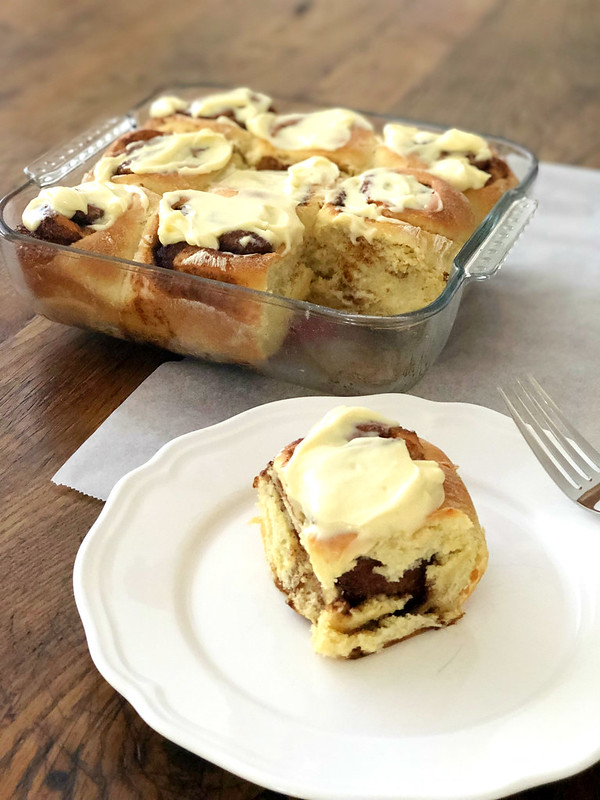 The post of this title says it all. When I read this recipe on the Ambitious Kitchen blog, I wondered if they could compete with Cinnabun's cinnamon rolls. I normally prefer a home-made good than a store-bought one, but you'll have to admit: Cinnabun rules! So, do these home-made cinnamon rolls even compete with Cinnabun? YES! OMG! I finally found an amazing cinnamon roll recipe. This is a big deal for me because, in the Netherlands, we don't have cinnamon rolls or Cinnabun. We have something that's sort of similar, koffiebroodjes, but it's just not the same. 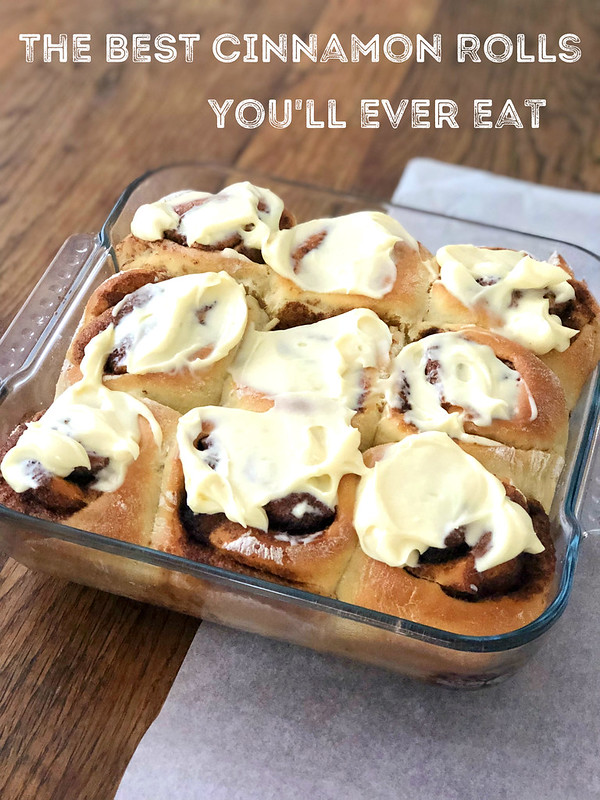 A home-run of a recipe!

Instructions:
- Add warm milk to the bowl of an electric mixer and sprinkle yeast on top. You’ll know your yeast has activated if it begins to foam after a few minutes. If it hasn’t, then start over; your milk was either too hot or too cold.
- Once yeast begins to foam, add in sugar, egg, egg yolk and butter. Mix until well combined. Next stir in flour and salt with a wooden spoon until a dough begins to form.
- Place dough hook on mixer and knead dough on medium speed for 8 minutes. Dough should form into a nice ball and be slightly sticky. (If you don’t want to use an electric mixer, you can use your hands to knead the dough for 8-10 minutes on a well-floured surface.)
- Transfer dough ball to a well oiled bowl, cover with plastic wrap and a warm towel. Allow dough to rise for 1 hour to 1 ½ hours, or until doubled in size.
- After dough has doubled in size, transfer dough to a well-floured surface and roll out into a 14x9 inch rectangle. Spread softened butter over dough, leaving a ¼ inch margin at the far side of the dough.
- In a small bowl, mix together brown sugar and cinnamon. Use your hands to sprinkle mixture over the buttered dough, then gently rub in into the butter a little. Tightly roll dough up, starting from the 9 inch side and place seam side down making sure to seal the edges of the dough as best you can. Cut into 1 inch sections with a serrated knife or floss. You should get 9 large pieces.
- Place cinnamon rolls in a greased 9x9 inch baking pan or round 9 inch cake pan. (I also recommend lining the pan with parchment paper as well, in case any of the filling ends up leaking out.) Cover with plastic wrap and a warm towel and let rise again for 30 minutes.
- Preheat oven to 350 degrees F. Remove plastic wrap and towel and bake cinnamon rolls for 20-25 minutes or until just slightly golden brown on the edges. You want to underbake them a little so they stay soft in the middle, that’s why we want them just slightly golden brown. Allow them to cool for a 5 minutes before frosting. Makes 9 cinnamon rolls.
- To make the frosting: In the bowl of an electric mixer, combine cream cheese, butter, powdered sugar and vanilla extract. Beat until smooth and fluffy. Spread over cinnamon rolls and serve immediately. 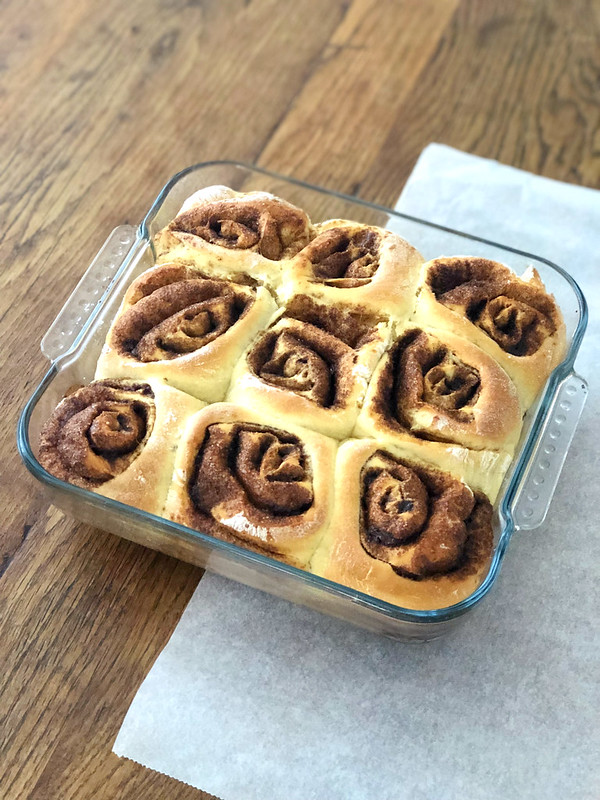