I am back from Denmark, and if you're following my other blog French Madame,
you've read my day-to-day observations but now I proudly present my pictures
I took of lovely Copenhagen, particulary the cakes and sweets!

So on to business!

I flew from Düsseldorf, Germany and ate a lovely lunch at the airport.
A croissant with Bonne Maman cherry jam - how very French! Some people hate to fly. I am not one of them.
Gorgeous views! I arrived safely in Denmark and exchanged my euros for Danish kroner.
I always feel very rich after doing this; 1 euro equals 7,5 kroner.

I took a train ride from the airport to Nørreport in the city centre and
met my friend there. She showed me her neighborhood and suggested a few
favorite bakeries of hers, which I scribled down quickly.

We sat down at a gem of a café, Savoir, which serves tapas and
an endless selection of some of the best cakes I have ever tasted!

I asked the Italian waiter what kind of cakes they were serving today
and it was just impossible to choose! Raspberry - chocolate, oreo cheesecake,
chocolate cheesecake, lemon meringue, brownies, cookies and much more.

I finally decided on a luscious-looking coconut/banana meringue slice.
It was pure heaven, I tell you. Heaven! Ohmygawd! So full after this piece! My friend chose her favorite,
an oreo cheesecake slice. 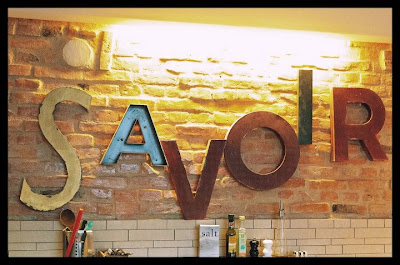 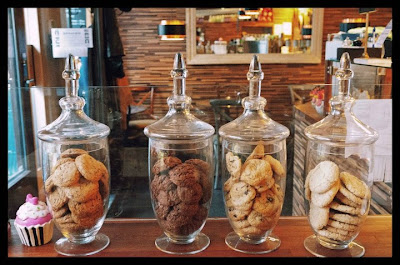 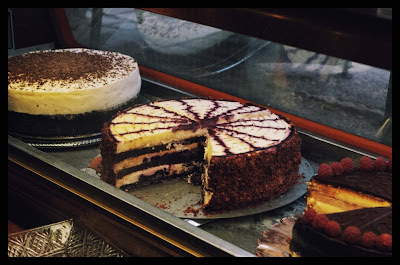 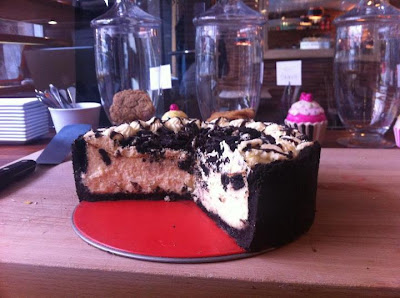 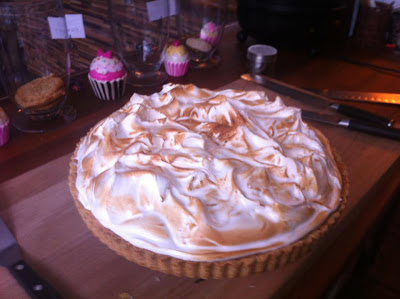 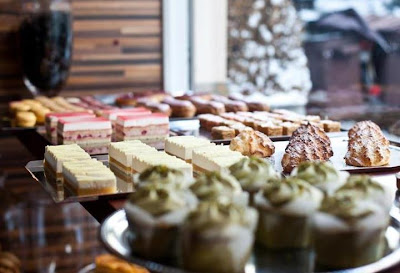 Beautiful, no-fuss, home-made cakes is what their motto is.
It suits me! You should pay a visit if you ever happen to be in Copenhagen.
It's on Guldbergsgade 11.

That's it for my pictures of day 1. It was only a half day including the traveling.
But I wrote down my observations I made of Denmark and Danes:

#1 Danish men have beautiful legs. Men aren't really supposed to have nice legs like women do. But Danish men do have them. Perfect calves, lightly tanned, and not too hairy. I feel a new weird fetish developing.

#2 Danish women do not care for wearing color. I arrived today in my pastel pink dress and even lighter beige wool cardigan. I stand out in a sea of black, blue and army green. BUT they've got hipster chic down to a tee!

#3 Danes are really into baking, cakes, cupcakes, cheesecakes, chocolate chip cookies and any other American sweet treat. Wow! Only day 1 and I've sampled the world's best coconut/banana/lemon cake and oreo cheesecake... I've only walked through the neighbourhood I'm staying in and I've already spotted 4 drool-worthy-looking bakeries full of colorful desserts. Paris might be great with French classics, but Copenhagen takes the crown with American-style desserts in Europe!

#4 Public trains are really expensive. You'd probably think in a country in which the lowest-income group pays 42% tax, the highest-income group 80% tax, they'd have a really cheap public transportation system. Nei. For example, I paid 36 Danish kroner for a train ticket from the airport to the city centre. That's a 20-minute train ride for €4,85, $6... Or if you would want to buy a round-trip to Århus, which is 3 hours by train, it would cost you 800 Danish Kroner, €107, $134!! Insane! Which leaves the Danes to ride their bikes everywhere in this city.

Unknown said…
Oh my lord! I would have died going into that store... or at least walked out with 20-something treats. Everything looked so good. I had the misfortune of seeing the pictures you posted on Facebook right after I had lunch and I'm like... man I wish I had that in front of me. Haha.