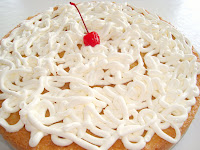 After a very fierce competition between three highly qualified recipes, the Tres Leches Torte won! A Tres Leches Torte is a springy, spongy and light cake that is soaked with three kinds of milk: evaporated, condensed and whole. Now I have to say this is my first try at a Tres Leches Torte, so I felt a bit helpless when I had to pour about 4 cups of milk on the cake. I even checked Google to see if drowning the cake with milk was the point of Tres Leches… well, it is! Unfortunately that is what made me loose my esteem for the cake. The cake tasted just like that – a cake that has been soaked in condensed milk… not a very nice idea and quite frankly I prefer bread & milk. I did not like this cake one bit. Rating: 2 out of 5.

Instructions:
- Make the cake: Preheat oven to 350 degrees. Butter a 9-by-13-inch glass or ceramic baking dish.
- Heat butter in a small saucepan over medium heat, swirling occasionally, until butter browns, 6 to 8 minutes. Remove from heat, and stir in vanilla.
- Whisk egg whites, baking soda, and salt with a mixer on medium-high speed until soft peaks form, 2 to 3 minutes. Add yolks, and whisk until combined. Reduce speed to medium. Add sugar in a slow, steady stream, and mix until combined. Using a rubber spatula, quickly and gently fold butter mixture into egg mixture.
- Combine flour and cinnamon in a small bowl. Sift ⅓ cup flour-cinnamon mixture over egg mixture, and gently fold to combine. Working quickly, sift remaining flour-cinnamon mixture over egg mixture in 2 additions, and gently fold to combine. Pour batter into prepared dish, and bake until golden and a tester inserted into center comes out clean, 20 to 25 minutes.
- Meanwhile, whisk together the 3 milks in a medium bowl. Pour over cake as soon as it comes out of the oven. Transfer cake in dish to a wire rack to cool completely. Cover, and refrigerate overnight.
- Make the rum-fruit topping: Bring rum, sugar, and water to a boil in a small saucepan, and cook until sugar dissolves, 1 to 2 minutes. Let cool for 30 minutes. Toss syrup with fruit. Serve cake with rum-fruit mixture and whipped cream. 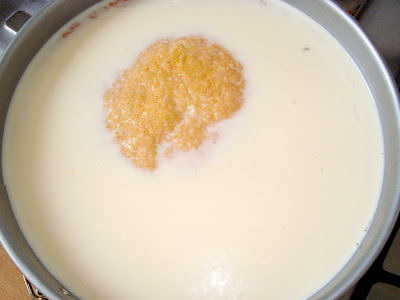 After it has soaked the three kinds of milk. The torte felt very sticky. 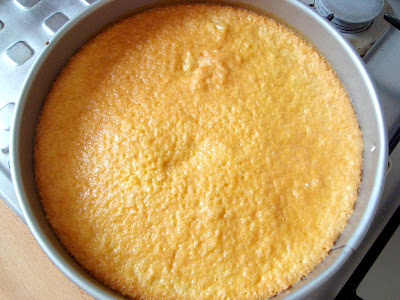 Topped with piped whipped cream and a glace cherry for garnish. 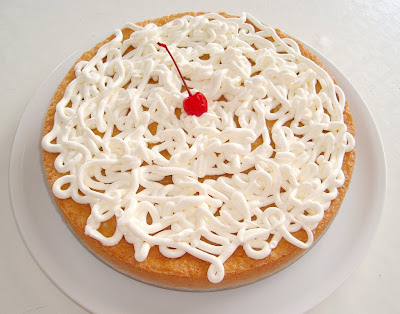 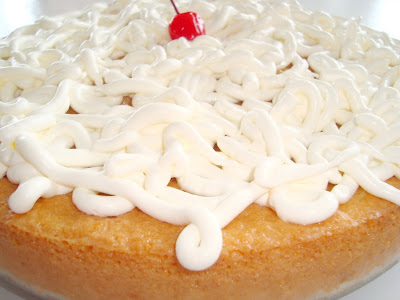 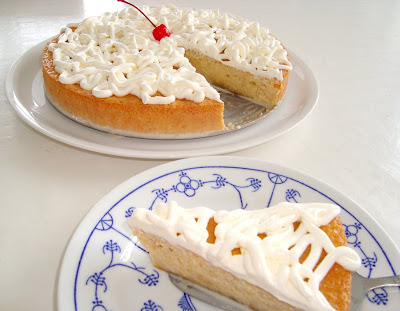 Snooky doodle said…
I made this torte too and i was not impressed either.looks nice though
January 30, 2010 at 10:54 PM

Eliana said…
Too bad this one didn't work out for ya. Tres Leches cake is my FAVORITE latin dessert but there are a lot of recipes out there that call for waaaay toooooo much leche. Once you find the right one, you will see how delicious it is.
February 1, 2010 at 4:07 PM

Xiaolu @ 6 Bittersweets said…
Sorry this wasn't your thing. I've had tres leches cakes that I've enjoyed before, so I know there are good ones. The recipe from Rose's Heavenly Cakes looks pretty nice. I'll let you know if I make it and it's a keeper.
February 12, 2010 at 7:40 PM

Unknown said…
The 3 leche cake needs three types of milks: evaporated milk, condensed milk and table cream or heavy cream (which ever you prefer). I prefer using the Nestle Media Crema can. You can find in the Hispanic aisle in the grocery store. Maybe this is the reason why it didn't work out for you. I hope this helps!
February 21, 2011 at 1:14 AM