“Imagine the most divine banana bread you have ever tasted in the form of an extremely moist and flavorful cake. This is it! It’s the best banana cake recipe we’ve ever tried.” – Elisa Strauss, ‘Confetti Cakes’. I couldn’t agree more! This introduction written about the Banana Cake recipe from Elisa Strauss’ book ‘Confetti Cakes’ is what made me eager to try out the recipe. Though ‘Confetti Cakes’ is more of a cake-decorating book, the recipes are great as well. The cakes always come out perfectly flat, so they’re great for layering, and they have tons of flavor! Did I mention they’re moister than moist?! Rating: 5 out of 5.

Instructions:
- Preheat the oven to 350°F. Brush the bottoms and sides of the pan with melted butter and line the bottom with parchment paper.
- In a large bowl, sift together the baking soda and flour. Set aside.
- Peel the bananas and mash them in a bowl. Set aside.
- In a bowl of a standing mixer fitted with the paddle attachment, combine the butter and sugar and beat on medium speed until smooth.
- Set the mixer to low speed and add eggs, one at a time, scraping thoroughly between additions.
- Add the sour cream and vanilla and beat until thoroughly combined.
- Add the flour mixture in two batches, scraping down the sides of the bowl between additions.
- Add the bananas and beat until just combined. Do not overmix.
- Divide the batter evenly between the cake pans. Bake 1 hour (mine needed 50 minutes) or until a toothpick comes out clean.
- Allow the cakes to cool for 20 minutes. Once the cake is cool, release it from its pan by running a metal spatula or knife between the sides of the pan. Flip the cake over onto another pan or cake board and peel away the layer of parchment. 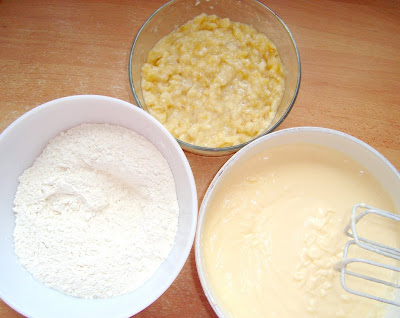 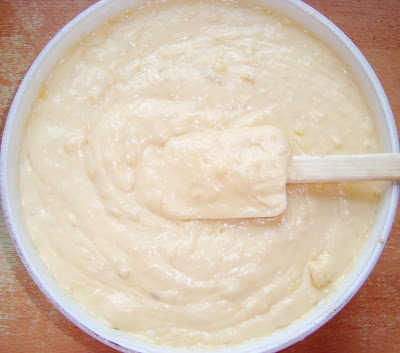 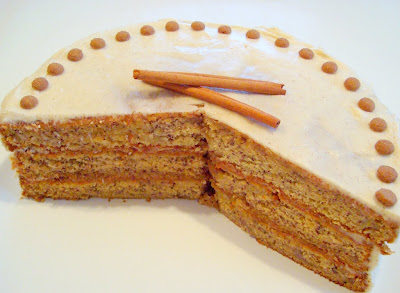 The honey - cinnamon frosting is nice on its own, but it's parfait with the banana cake. 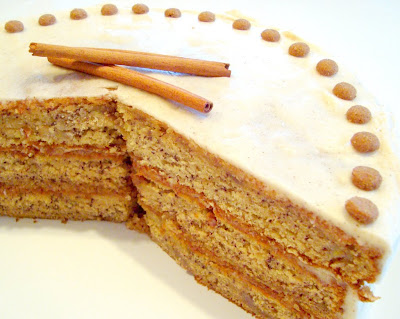 Eliana said…
This book does have excellent recipes. My go-to chocolate recipe is from here and it's a winner every time I make it.
January 19, 2010 at 7:11 PM

apparentlyjessy said…
YUUUUM! I love banana cakes, this one looks SO good!I have a freezer full of over ripe bananas that are just begging me to bake into a cake!
January 21, 2010 at 11:51 AM