I found myself contemplating which design I would create on my Nutella-Filled Brown Sugar Pound Cupcakes. Since fall has officially begun, I guess it’s ok to start with Halloween-themed cupcakes now. I usually prefer a slice of cake over a cupcake, but Halloween makes it so fun to bake them. There are endless cool & spooky designs to decorate cupcakes with. Jack Skellington is one of my favorite Halloween characters so I braved to put his face on a cupcake. The end result turned out to be kinda cool, though I didn’t have enough black frosting to decorate all 12 cupcakes. Since I don’t use butter in white frosting (else it will turn out yellow), it will never be as tasty as real buttercream icing, but the cupcakes & nutella tasted rather nice. Rating: 4 out of 5. Instructions:
- Preheat the oven to 325°F/170°C.
- Cream the butter and brown sugar together in a large bowl, until light and fluffy. Add the eggs one at a time, mixing 30 seconds between each addition.
- In a separate bowl, sift together the flour, baking powder and salt. Add half of the flour mixture and half of the buttermilk to the butter/sugar/eggs, mix until well blended. Add remaining flour and buttermilk, mix until well blended.
- Fill the cupcake liners ¾ full and bake for 20 to 25 minutes. Cool completely on a wire rack. Once cooled, fill the cupcakes with Nutella, using a pastry bag with a 1mm tip.

Instructions:
- Sift the confectioners' sugar into a medium bowl.
- Add shortening, milk and salt and mix until combined. Then, add the light corn syrup and vanilla, and mix until well blended. 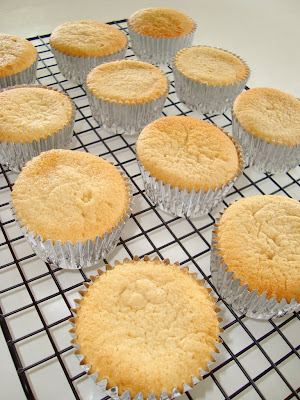 I used the back of a pastry-tip to cut out little pieces in the cupcakes. 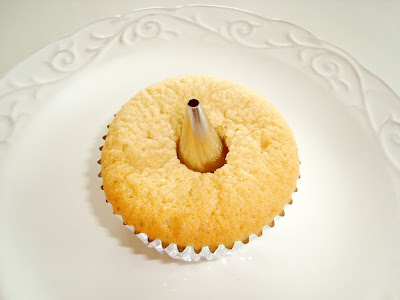 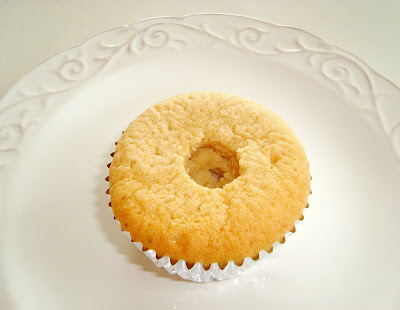 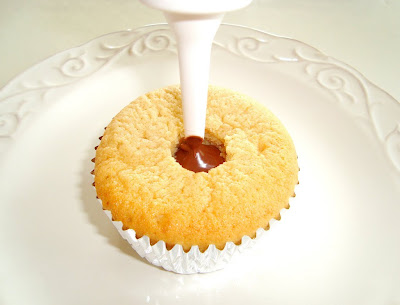 After filling them up with Nutella, I put the piece of cake back into the hole, to seal in the Nutella. 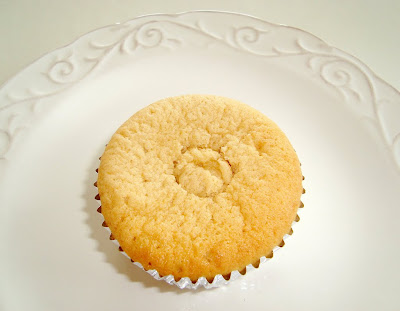 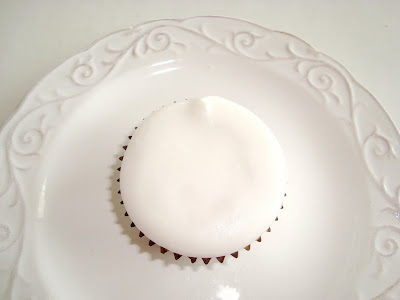 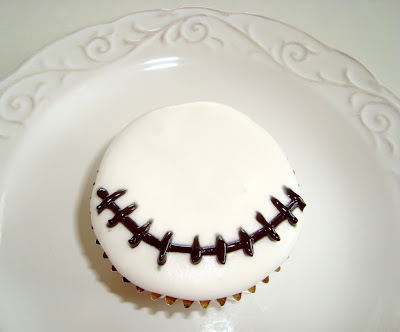 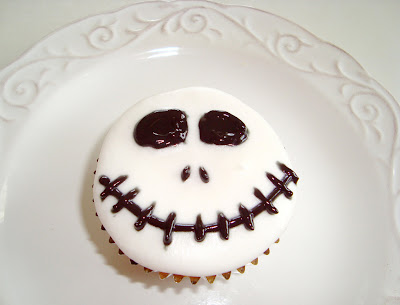 The inside of a Nutella-filled brown sugar pound cupcake. The reason why I filled these cupcakes up with Nutella is that I particularly love the combination of brown sugar and chocolate. 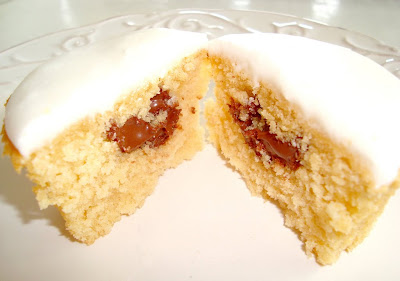 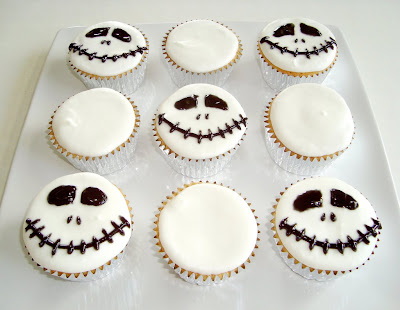 Five Jack Skellington's smiling up at me! I think Tim Burton would be proud. 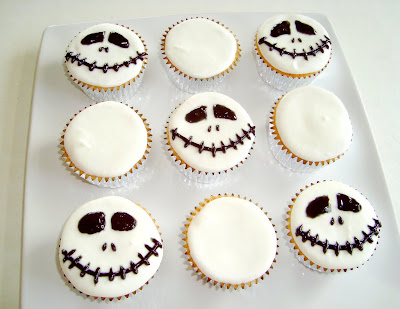 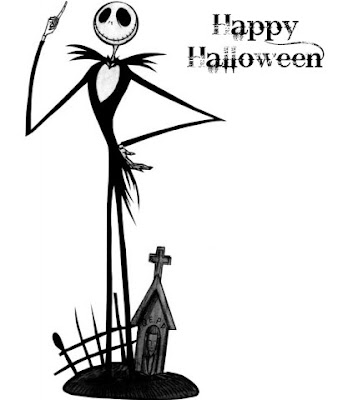 A Bowl Of Mush said…
These are so cute! I love Jack Skellington. Halloween can never come too early!
September 28, 2009 at 5:11 PM

Xiaolu said…
I love how you decorated these! You should enter Cupcake Hero this month http://iheartcuppycakes.com/2009/09/24/cupcake-herooctober/ You do have to use pumpkin somewhere in the cupcake to qualify though.
September 28, 2009 at 6:41 PM

Paris Pastry said…
@ Xiaolu: Maybe I will enter, once I find me a can of pumpkin puree! They are sold out at the grocery store and I've been meaning to try out those pumpkin pancakes you have on your blog!
September 28, 2009 at 8:28 PM

Anonymous said…
Awesome job - they look absolutely perfect and I'm sure they taste fantastic.
September 30, 2009 at 12:16 AM

heidigoseek said…
these look great! i think i'll make them for our halloween themed recipe swap this week. did you use black gel icing fir the detail or did you tint some of your own?

Paris Pastry said…
Yes I used black gel icing! I suppose you can use your own but I don't have any black food coloring.

Bev said…
I love these!!! I was looking for some ideas for halloween for the schools halloween week but were not allowed to make anythng with chocolate, as its not healthy, like they dont eat it at home!! but i am going to make these for my kids( and me)
October 1, 2009 at 9:22 AM

Miss Dot said…
I love you for using Nutella! What a wonderful treat that is... nectar of the gods, I say! And Jack Skellington should be honored that his likeness is gracing your cupcakes :)

I also like your technique to fill the cupcakes, too. I haven't settled yet on one that I really like but for the most part we do filled cupcakes so it's always fun to pick up new techniques. I'll give this one a shot!
October 13, 2009 at 10:35 PM

jkenning said…
Love these!!! How did you get the white frosting so smooth? Did you dip the cupcakes? Is it just a particularly soft/runny frosting?
October 5, 2022 at 2:30 AM