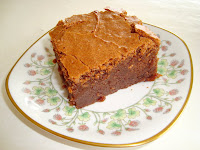 I made these purely for myself. Nothing fancy to blog about but last night I had the worst case of chocolate craving. I planned on making something very chocolately for the next day. I love chocolate even more when it’s melted so I decided to fix up a batch of brownies. I baked them 25 minutes and the brownie batter was still a bit wobbly so I baked them for another 5 minutes longer. I took them out of the oven to cool and after an hour I turned them upside-down to cool more. But, horror horror, the bottom was completely runny! Everything stayed in place (thankfully) but they were no way close to being done. So flipped them back into the pan and baked for another 25 minutes. They are still quite gooey and I had preferred them a little bit more done but they are tasteful enough.
Update: The day after they became less gooey. They're quite nice now.

Brownies recipe: Nigella Lawson - How To Be A Domestic Goddess

Instructions:
- Preheat the oven to 350°F. Line your brownie pan (13 × 9 inches) with foil or parchment.
- Melt the butter and chocolate together in a large heavy-based pan. In a bowl or large wide-mouthed measuring cup, beat the eggs with the vanilla and sugar. Measure the flour into another bowl and add the salt.
- When the chocolate mixture has melted, let it cool a bit before beating in the eggs and sugar, and then the nuts and flour. Beat to combine smoothly and then scrape out of the saucepan into the lined pan.
- Bake for about 25 minutes. When it’s ready, the top should be dried to a paler brown speckle, but the middle still dark and dense and gooey. And even with such a big batch you do need to keep alert, keep checking: the difference between gungy brownies and dry brownies is only a few minutes; remember that they will continue to cook as they cool.

The process of making them was pure delight – I almost forgot how delicious brownie-batter tasted. 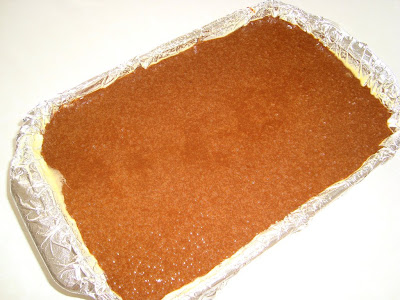 The brownies seemed to be done but it's always hard to tell with brownies. 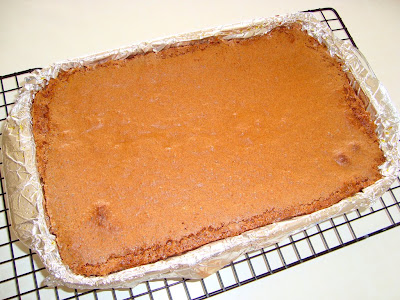 Horror, horror! Everything but the top was done so I flipped it back into the pan baked them 25 minutes longer. 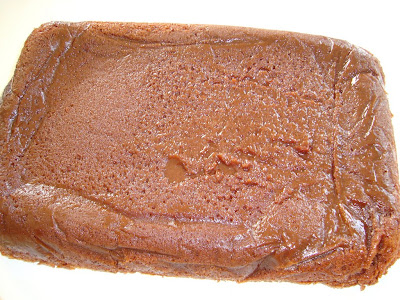 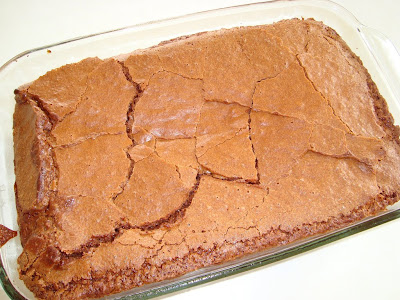 Yup! Still very gooey but at least no longer not liquid! 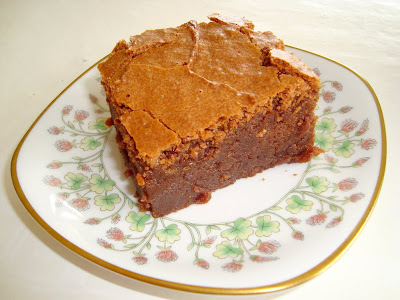 Allie said…
Yum, I love gooey brownies. I think the milk chocolate makes them even more gooey!
September 24, 2009 at 5:38 PM