I paid a visit to Magnolia Bakery on Bleecker Street in New York City a couple of days ago. Magnolia Bakery is famed for their desserts, and I had the pleasure to try some of them! I went on a Sunday morning, so luckily there was no line. The interior of the bakery was sweet & lovely. This is what I ordered:

See? No line. One of the perks of being an early bird. 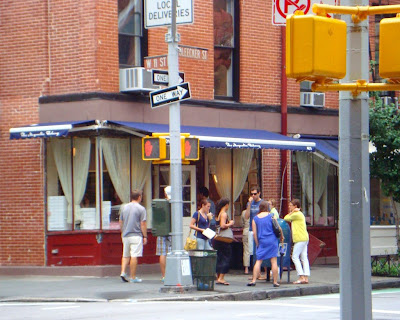 The famed vanilla cupcake. This is how a cupcake is supposed to taste like. If only I could get mine to taste like it! One day ... 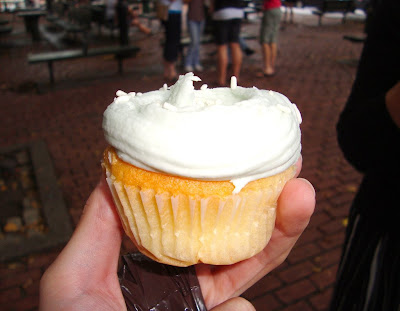 The chocolate frosting was delicious as well. 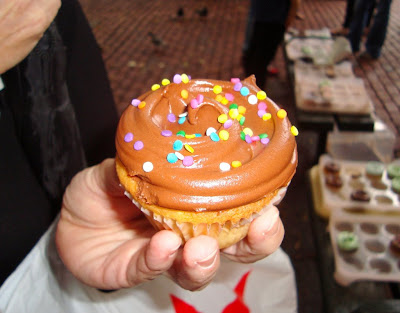 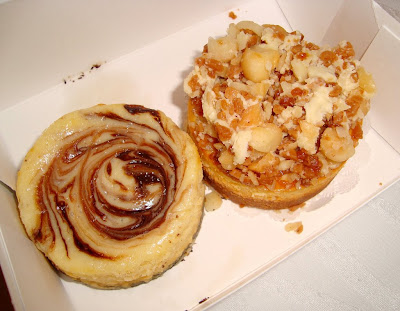 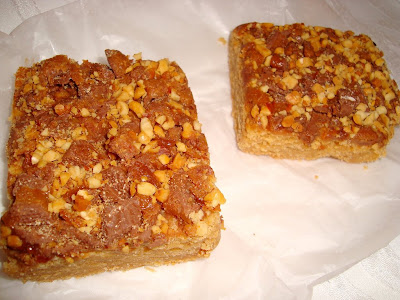 A Bowl Of Mush said…
Awww we could have easily bumped into each other, I was around there on Sunday!
You're lucky you weren't stuck in a line!
Good choice in cupcakes :)
August 5, 2009 at 10:10 PM

apparentlyjessy said…
I hope I can enjoy a Magnolia Bakery cupcake one day! They look so good!
August 5, 2009 at 11:02 PM

Anonymous said…
I also went there for the first time a week and a half ago. It was delightful. My husband and I shared a vanilla w/ vanilla and a vanilla w/ chocolate. My shots of it on Flickr start here:

We unfortunately went in the middle of the afternoon and fought through the line. So good though!
August 6, 2009 at 12:05 AM

luluvision said…
If you are still in NYC and have not checked out Sugar Sweet Sunshine, YOU MUST!! They are my all time favorite cupcake place. Their pistachio cupcake is fabulous!! They are on Rivington St. and then Butter Lane on 7th street is another favorite place. mmmmmmmm
August 6, 2009 at 12:35 AM