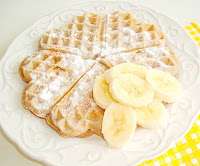 Sorry, today no baking-recipe! I'm studying for my last exam this schoolyear and it's too hot to bake. Nevertheless, I need something sweet and indulging to get me through my studying, which is why I whipped out my favorite waffles recipe: French Toast Waffles! It's a pretty ordinary waffles recipe, except from the cinnamon, but the cinnamon is the key ingredient. It really makes the waffles taste like french toast, yet has the airy and light consistency of waffles. Enjoy!

Instructions:
- Preheat your waffle iron and butter or spray with non-stick cooking spray.
- In a medium bowl, whisk together the egg yolks, vanilla, buttermilk and butter until well blended. Combine the flour, baking powder, baking soda, sugar, salt and cinnamon; stir into the buttermilk mixture.
- In a separate bowl, whip the egg whites with an electric mixer until stiff. Fold into the batter.
- Spoon batter onto the hot waffle iron, close, and cook until golden brown. Serve hot.

The waffles-batter. Very brown because of the cinnamon. 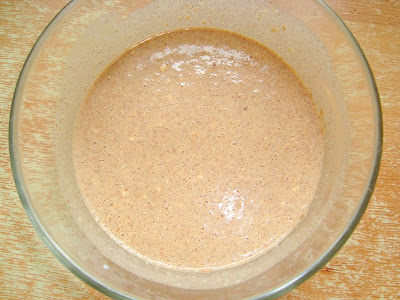 I love eating waffles with some fresh fruit. It's a healthier replacement of maple syrup. 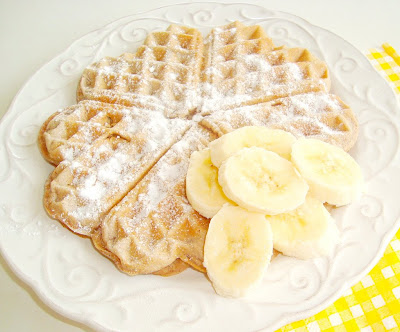 Alright, alright, maybe I did eat these with a little bit of maple syrup! 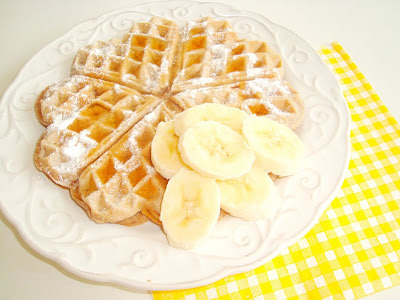 apparentlyjessy said…
Nom nom nom nom, I want these for breakfast now! French toast flavoured anything is a winner! :)
June 28, 2009 at 12:25 AM

Eliana said…
I would have never thought to add cinnamon to french toast batter. It sounds great.
June 29, 2009 at 4:23 PM

Jannett said…
These look so good. I remember having waffles when I was young and my step mother added pecans to the batter. That addition to this maybe very good as well... Love your Blog.... :)
June 30, 2009 at 12:16 AM