For Americans, going to Starbucks is the most normal thing in the world. But I live in the Netherlands, where there is no Starbucks at all, so for me it's kinda special.

I went to Starbucks in the 'La Vallee Village' outlet shopping center in Marne La Vallee and I ordered a raspberry cheesecake, carrot cake and a chocolate covered donut.

In case you're wondering, I did not go on vacation alone so naturally this is not all for me. 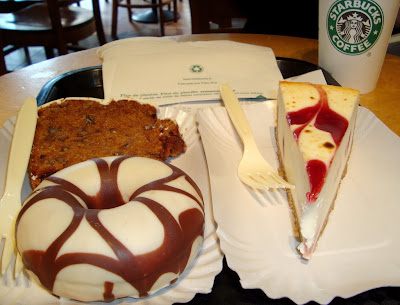 The carrot cake was delicious. The donut was a little dried out and had a little too much chocolate for my liking, but it looked so pretty! 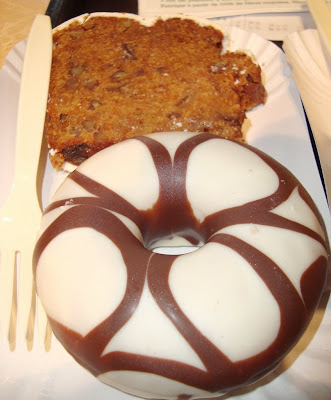 The cheesecake was delicious and really rich, surprisingly so because it was such a small slice. But I'm not really a cheesecake person, so I went on eating my carrot cake. 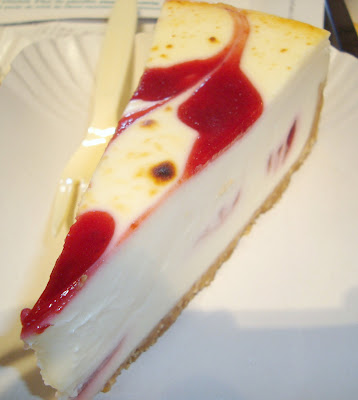 If you're interested to see my vacation photos, go to my Flickr webpage DolceDanielle. I upload a couple of pictures every day. You guys had a sneak preview, because most of these photos aren't on there yet!
Email Post
Labels: Cake Cheesecake Eating Out Paris