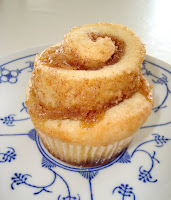 The Schnecken won the weekly poll. I don't think they would have won if I hadn't written a little description about them (German Cinnamon Buns). Schnecken means 'snails' in German, because they kind of resemble a snail (before they go in the oven!). But forget the weird name, these cinnamon buns are truly a killer! I always thought "why would you go through the hassle to make a cinnamon bun from scratch when the store-bought are so good?" Well I found an answer because these were more than worth it!


Schnecken recipe: Nigella Lawson - How To Be A Domestic Goddess

Instructions:
- Combine the flour, sugar, salt and yeast in a large bowl.
- Melt the butter in the milk, use a microwave and measuring cup for ease.
- Beat in the eggs and stir into the dry ingredients to make a dough.
- Knead for 10 minutes, or 5 minutes with a dough hook.
- When it's springy and satiny, form it into a ball, put into an oiled bowl (I used regular olive oil, 4 tablespoons), turn to coat and cover with plastic wrap.
- Leave it in a warm place for 1 hour or until doubled in size.

- Using an electric mixer, start on the syrup: beat the butter until soft and smooth, and add the sugar, still beating.
- Beat in the maple syrup and light corn syrup.
- Divide the mixture among a 12-cup muffin pan (I put in cupcake liners).
- Top with walnuts or pecans, about a tablespoon for each cup (I omitted this).

- Preheat the oven to 350F/180C.
- When the dough is ready, knock it back, knead once or twice and then roll out to a large rectangle, approximately 24 by 12 inches (61 by 30 cm), with the long side nearest you.
- Beat the egg and the milk in a small glass, glaze the dough, using a pastry brush to paint, or just your fingers.

- Mix the filling ingredients in a little bowl and sprinkle onto the dough.
- Now, roll up the long side and away from you, carefully but firmly, keeping a firm sausage shape.
- Cut into 12 even slices, and lie each slice spiral-swirly cut side up, on top of the nuts and syrup in the muffin pan.
- Leave to rise for 20 minutes.
- When they're risen and puffy, put into the oven and bake for 20 - 25 minutes, by which time they should be golden and cooked: crisp in parts, voluptuously gooey in others.

(Because I used cupcake-liners, I didn't do any of the following instructions)
- Place a parchement-paper-lined roasting pan or baking sheet on top and turn the whole thing the other way up. You will need oven mitts and a degree of caution to do this.
- Remove the muffin tray and dislodge any nuts that are still stuck in it, adding them, along with any residual syrup, to the upturned buns.

Melting the butter in the milk. 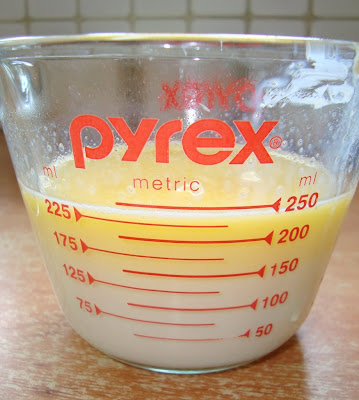 Turbinado sugar, never used it before, tasted quite good! 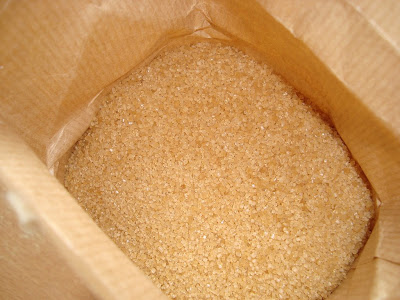 The buttery syrup waiting impatiently in the cupcake liners. 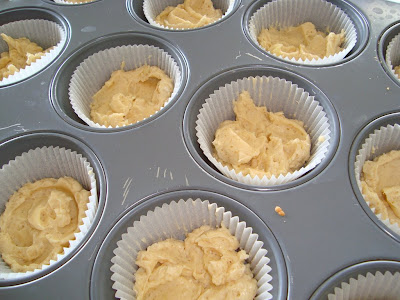 In an hour, the dough ball went from this ... 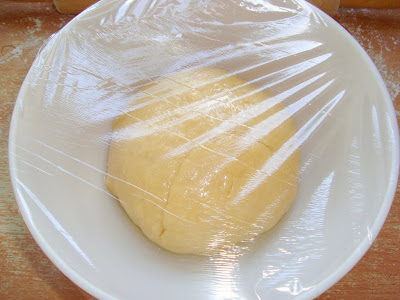 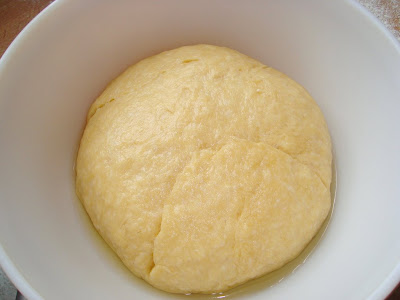 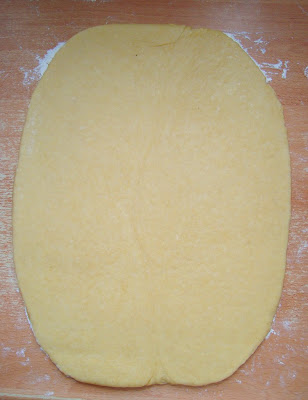 Sprinkled with the filling. 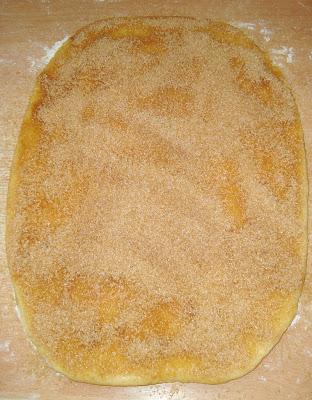 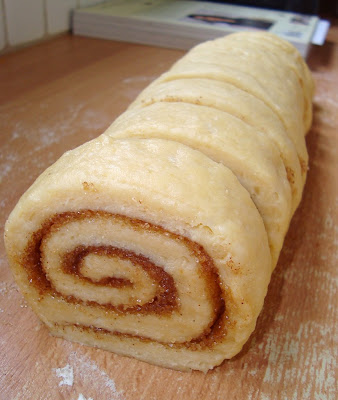 Before it went into the oven. 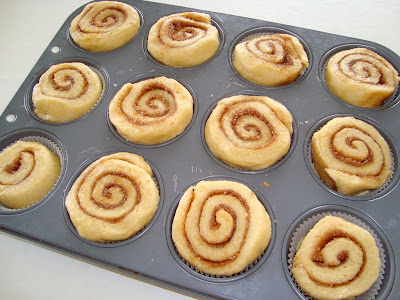 Baking in the oven. Man it got so messy! I didn't know they were going to rise so high! 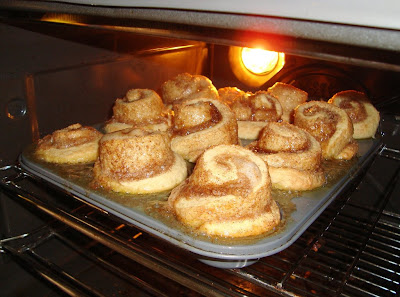 When they're all done, they look like cupcakes! Perhaps I should rename them 'Cinnamon Buns Cupcakes'. 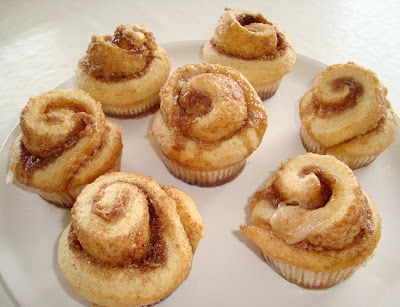 This is how it looked on the inside, with no cupcake liner. 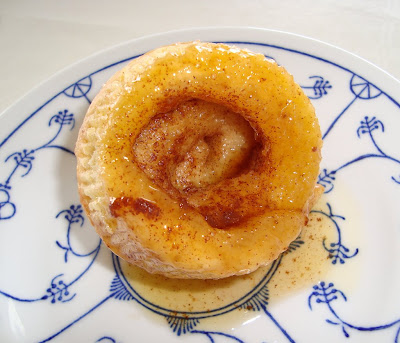 I ate two delicious buns straight away and now I feel like I'm full for another day or two, they're so rich! Nigella writes "God, I love them", I do to!
Update: My Schnecken won the daily poll at AllRecipes.com! It came in third. 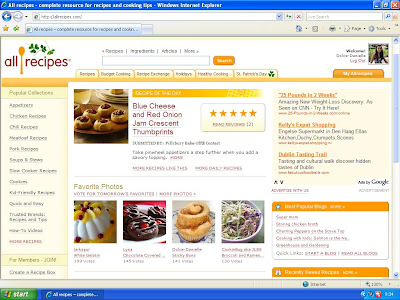 Phuoc said…
Hello! I randomly stumbled upon your blog because I was looking for a Schnecken recipe.. :) Your Schnecken look awesome! Thanks for the recipe. Feel free to check out my food blog which I've just started.
February 17, 2010 at 1:50 PM